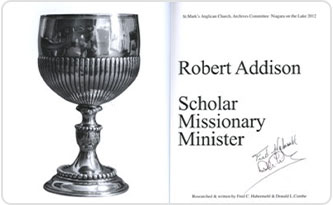 Robert Addison was born 6 June 1754 in Heversham, England. He graduated with an MA from Trinity College at Cambridge University and was ordained a deacon by the Church of England in 1781. He married Mary Atkinson, daughter of Rev.R.Atkinson, in 1780. Addison's career with the church did not prove successful so, he applied to the Society for the Propagation of the Gospel in Foreign Parts for overseas mission work and was accepted. He travelled to Canada arriving in Quebec in the fall of 1791 and in Niagara in July 1792.

Early services were held in the local Freemason Lodge, or the Court House and construction of the church building was begun before 1800.

Addison was the lone voice of the Anglican Church in the area as the nearest priest was at Bath near Kingston. He served a huge area of Ontario and spent much time away from Niagara. Soon after his arrival Addison began his registers of baptisms, marriages, and burials. These records remain important historical documents from these early times.

The parish treasures Addison's 1768 Romer silver chalice and a library of 1,300 sixteenth and seventeenth century books which he brought with him to Niagara. The oldest book in the collection was published in 1548. Another item of note is a manuscript containing ten unpublished sermons from 1785.

During the War of 1812, he served as a Brigade Chaplain to the Centre Division of the British Army in Upper Canada and in 1812 conducted the funerals of General Sir Isaac Brock and Lieutenant Colonel McDonell. When the occupying American troops left Niagara in 1813, they burned the town and set fire to the church. Fortunately only the roof of the sandstone building was destroyed and was soon able to be restored. During the occupation of the enemy troops Addison was able to hold services in his home, Lake Lodge. After the War, Addison supervised the rebuilding the church. He remained in Niagara for thirty seven years, until his death in 1829. During his lifetime, he served his church and the people of Niagara, serving also on Niagara's Public Library Board and the Board for the General Superintendence of Education and aided in building of churches in Grimsby, Queenston and St. Catharines.

Robert Addison's remains were interred by the north transept of the church. He is memorialized by an impressive plaque on the church wall above the grave.

He was succeeded by the Reverend Thomas Creen. 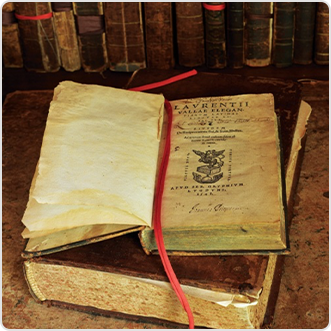 Addison Hall houses the oldest library west of Quebec, a collection that would have been typical of an English clergyman's library in the eighteenth century. It consists of 1200 publications, which were brought to Niagara-on-the-Lake by the Reverend Robert Addison in 1792.

Some of the volumes bear the name of Richard Atkinson, Addison's father-in-law and curate in Whittlesey, England, as well as of William Beale and Thomas Topping, predecessors in that parish. The books were housed in Addison's home, Lake Lodge, outside of the town. Consequently they escaped damage when the town was burned in 1813. They remained in that house until the death of Mrs. Addison, when Robert's grandsons inherited them. They retained the books they wished to keep and presented the rest to the rector of St. Mark's "in perpetuity". A catalogue of the books as well as an analysis of the collection was completed by Dr. William J. Cameron of the University of Western Ontario in 1967.

The Parish Hall has been named in honour of the founding rector of St. Mark's, Robert Addison. The collection is presently housed in a room, designed by the noted Canadian artist, Campbell Scott and constructed by local craftsman, Bill German.

Access to the library may be arranged through the church office. 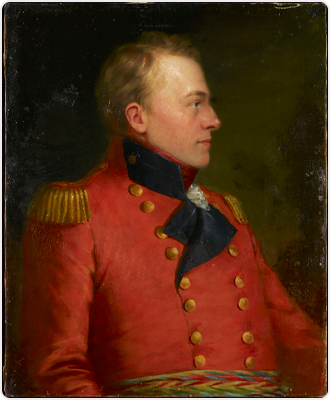 During the War of 1812, the church was used first as a hospital by the British and Canadian forces and as a hospital and barracks by the Americans. When Major General Sir Isaac Brock was killed at Queenston, Addison conducted his funeral service and followed the cortege to the burial site in Fort George.

The American forces occupied the town in 1813. They destroyed the Fort and dug rifle pits in the cemetery, the contours of which can still be seen. The church was used for stores and several of the markers in the cemetery bear the marks of what the local residents believed to be the scars left when the cooks used them for chopping meat. Before retreating across the river, the enemy burned the entire town except for one house and the lighthouse.

As soon as the town was liberated, the British army replaced the roof of the church and used the building for their stores until their own Fort and commissary could be rebuilt. Since the first priority was to rebuild their houses, it was some time before attention could be given to refurbishing the church and it was not until 1828 that St. Mark's was rededicated. At the same time, a bell was furnished by public subscription and intended both to call people to worship and to sound the alarm in case of an emergency.